On this occasion, Del Infinito presents a Solo Project by the Argentine Alberto Greco with the aim of disseminating the work of this highly relevant artist, not only for the local scene but also for the history of international contemporary art. We believe that Spain is an ideal setting to continue showing Greco’s work due to the relevance it has gained in the last twenty years and due to the close relationship that Greco himself had with that country throughout his life. With the aim of showing different facets of Alberto Greco’s career, a selection of some of his most relevant works and periods is presented, including the Original Vivo-Dito Manifesto, written in 1963, two series of photographs that record some of his most relevant public interventions.

On the one hand, “Alberto Greco, ¡Qué grande sos!” is a series of 8 photographs documenting the first performance and public intervention that the artist developed in Buenos Aires by flooding the streets of the heart of the city with posters that acclaimed “Greco, the greatest informalist painter in America” and “Alberto Greco ¡Qué grande sos!”. It is one of the first actions of this style ever seen in Latin America, recorded by the photographer Sameer Makarius (1924, Cairo, Egypt – 2009, Buenos Aires, Argentina).

On the other hand, “Alberto Greco en Piedralaves” as registered through the lens of Montserrat Santamaría, both friend and photographer, illustrating the actions carried out by him in July 1963, in Ávila, Spain. In those photographs there can be seen people and animals “circled out” and signed with posters by the artist who, with this gesture both designates and appropriates them, a Living Art, thus seeking to teach its existence in its own place, without the need to transform it nor to improve it, leaving it out of the recognizable artistic circuit until then and supposing with it a change of paradigm regarding the way of understanding the work of art. The images unravel the meaning of performance as a zone of resistance to the formal gallery circuit. They offer references to the transformation of Piedralaves into a great work in itself.

Alberto Greco studied for a short time at the Manuel Belgrano National School of Fine Arts. From 1947 to 1948 he attended the workshops of Cecilia Marcovich and Tomás Maldonado. In 1954 he made his first trip to Europe, where he exhibited at La Roue gallery in Paris, France. After his return to Buenos Aires in 1956, he settled in Rio de Janeiro and later in Sao Paulo, Brazil until 1958. In 1959 he joined the Argentine Informalist Movement with Kenneth Kemble, Enrique Barilari, Olga López, Towas, Fernando Maza, Luis Alberto Wells, and Mario Pucciarelli. In 1961, he presented a solo show of his series of paintings entitled Las Monjas at Pizarro Gallery in Buenos Aires. Shortly after, he settled in Paris where he held, in 1962, the First Exhibition of Live Art, “signing” people. In Genoa, in that same year, he published the Manifesto Dito dell’Arte Vivo in Italian. In 1963 he traveled to Piedralaves in Ávila, Spain, where he performed the series of actions photographed by Montserrat Santamaría. In 1964, he exhibited at the Juana Mordó gallery in Madrid and returned to Buenos Aires where he presented his Arte Vivo experience: My Dear Madrid, at Bonino gallery with the collaboration of dancer Antonio Gades. In 1965, he settled in Barcelona, where he wrote Besos Brujos, a plastic-performance work, considered one of his most emblematic pieces. He committed suicide in October of that same year, writing FIN (The End) on the palms of his hands after taking barbiturates that triggered his death, before turning thirty-five. In 1991, the largest exhibition dedicated to Greco was presented at the Valencian Institute of Modern Art (IVAM), by Spanish and critic Francisco Rivas; a year later it was exhibited at the National Museum of Fine Arts in Buenos Aires, Argentina. 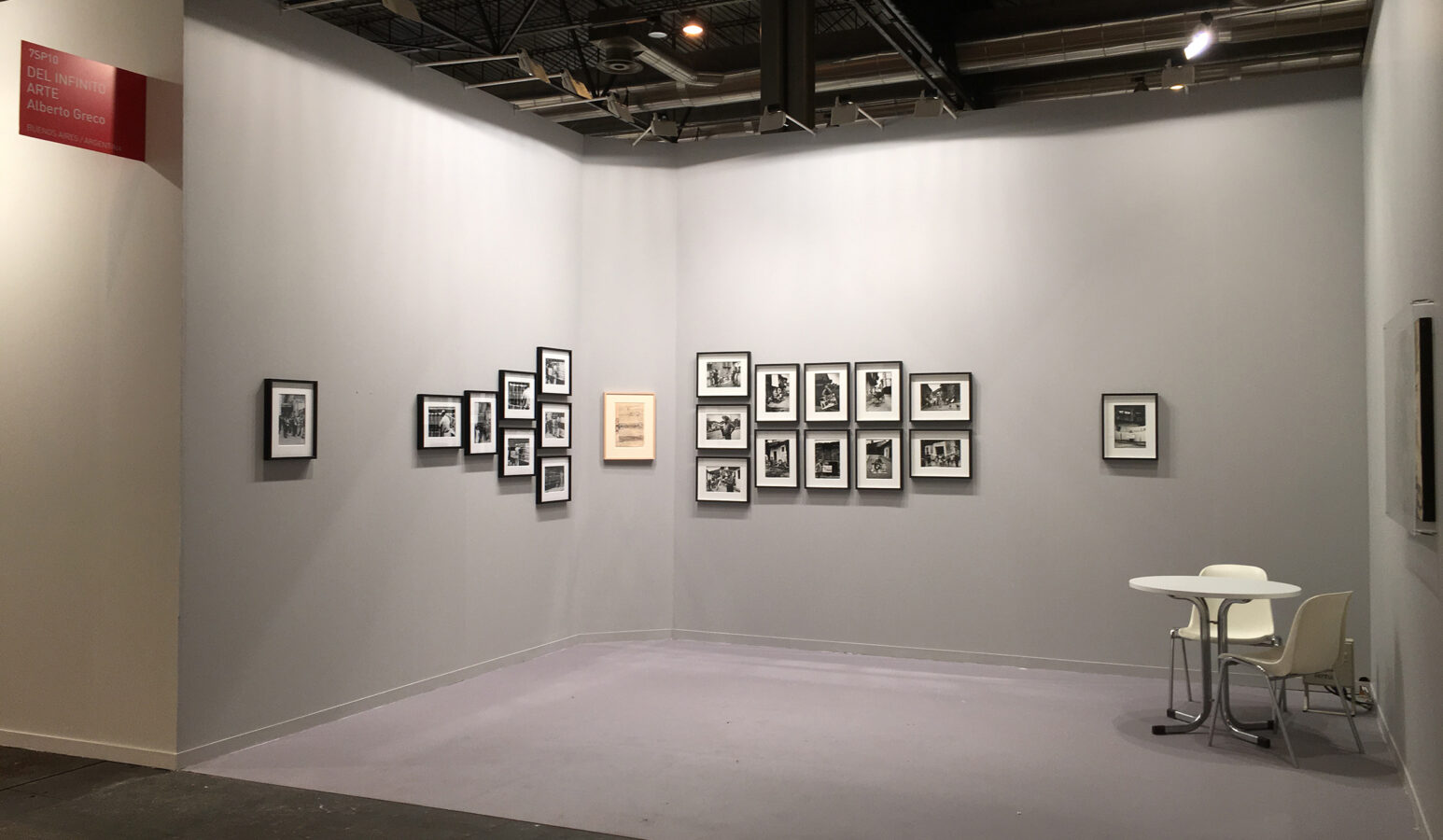 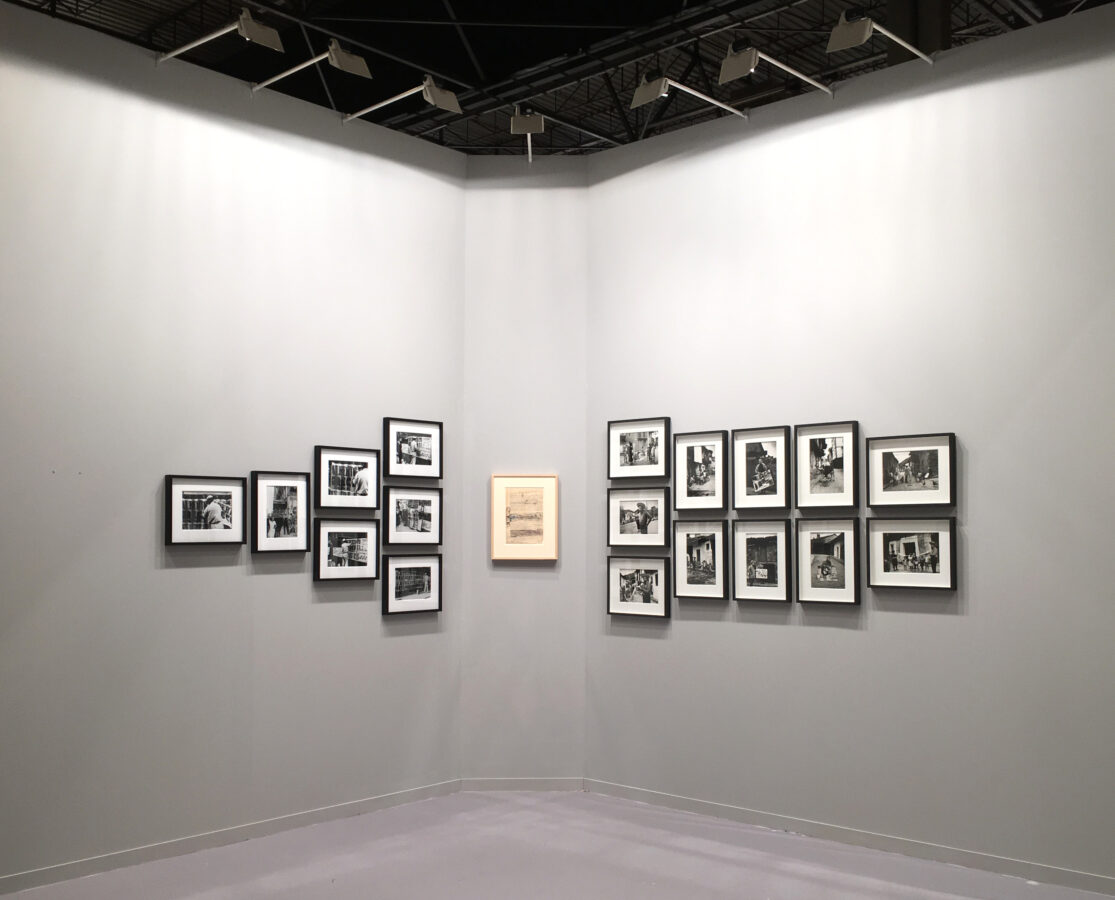 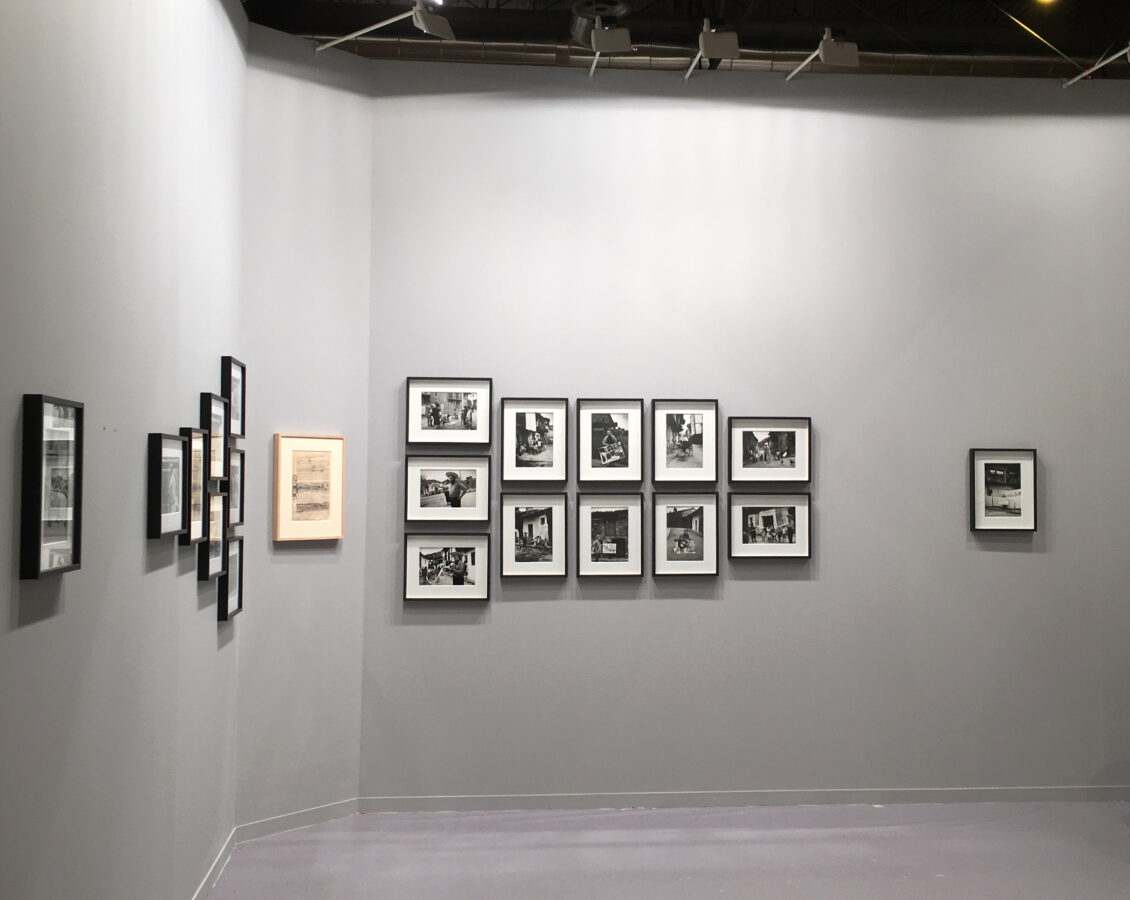 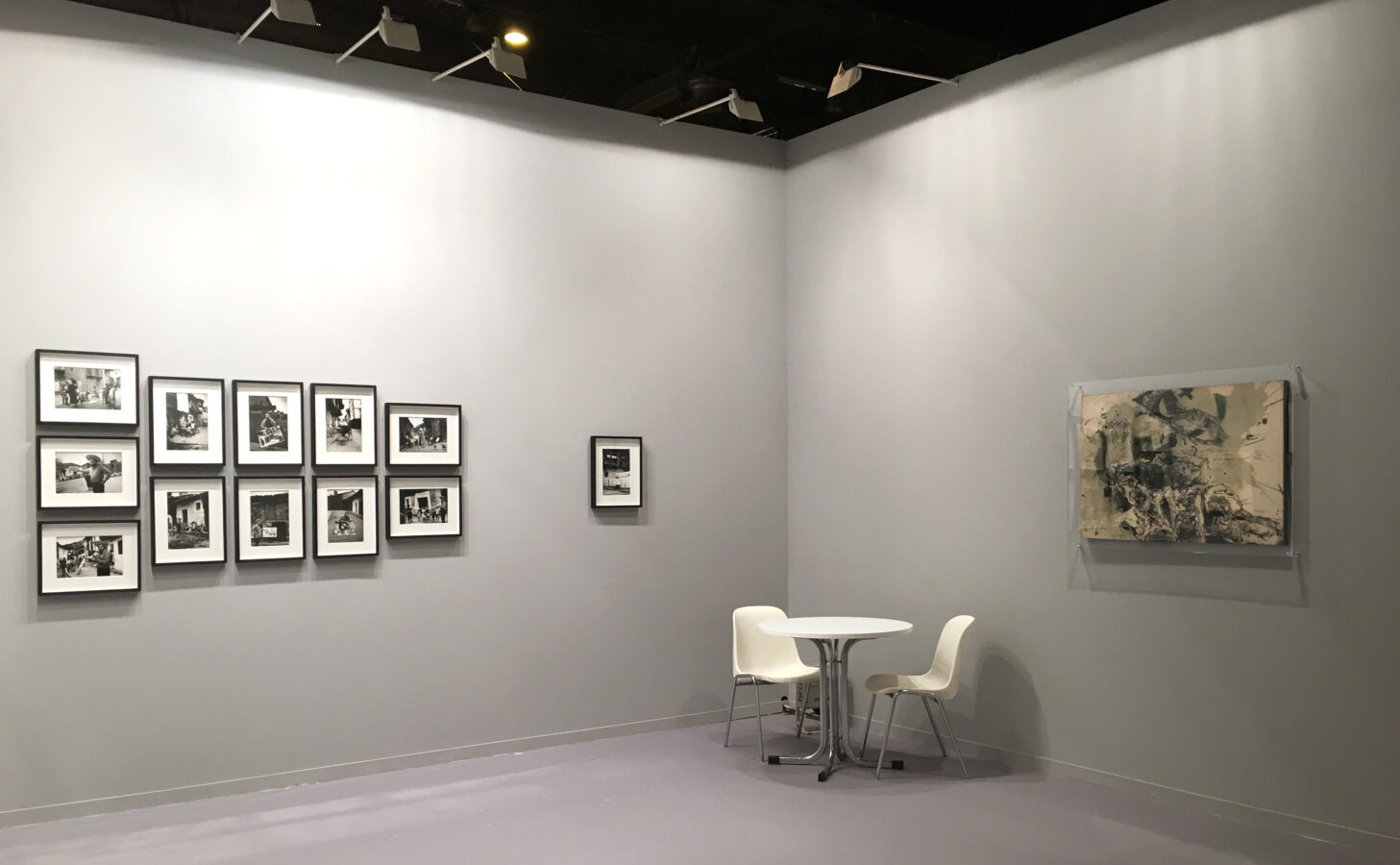 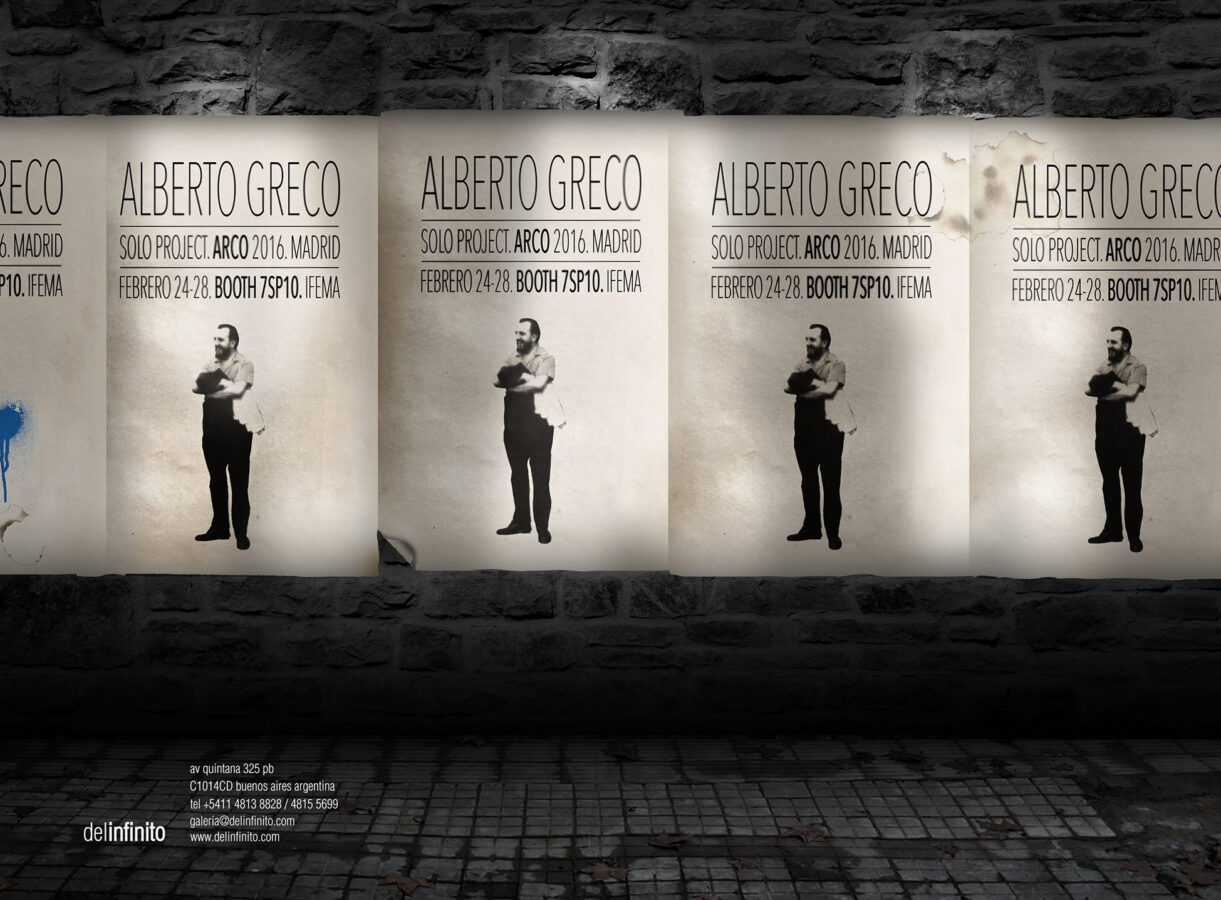