Polesello built a personal and parallel world, with its own laws, without any contact with the so-called ‘real world’, but at the same time very close to it.

With these words  Argentine theorist Fabian Lebenglik describes the world of Rogelio Polesello for an exhibition held in 1997. His rules, demarcated throughout his career with great determination, go through all his series of paintings, sculptures and projects. Its experimental and continuous research essence forged its solid and extensive path in the plastic arts, and of course, also in the design realm. Polesello built a pictorial reality without cracks and full of self-quotes. It was self-referential in its developments and created a demarcated identity.

The paintings included in this project were made between 1997 and 2001, where an already experienced artist furrows in the variations of designs composed of curved lines and geometric shapes that infinitely approach and move away. Within the structures, the interaction and layered work of white, black and the colors used by Polesello captivate those who see them. The volumes and depths together with the virtual and real textures generate endless stimuli that trap and invite the viewer to delve into each piece.

This visual impact seeks to drive the discovery of a complex technical process that becomes more admirable as the observer approaches the pieces. The designs, patterns, shapes and colors play within the rules of the Polesello world.

Many works contain within themselves a shape where their design is repeated on a smaller scale, as if the artist had wanted to show us the whole of an idea and then choose a part of it and translated it into the work.

A set of sketches in various formats and techniques denote the tireless exploration that Rogelio Polesello dedicated both to the series currently presented and to each of his projects. Evidence, essays and studies are valuable material to understand the method of a, nor only prolific but coherent artist solid in his production. 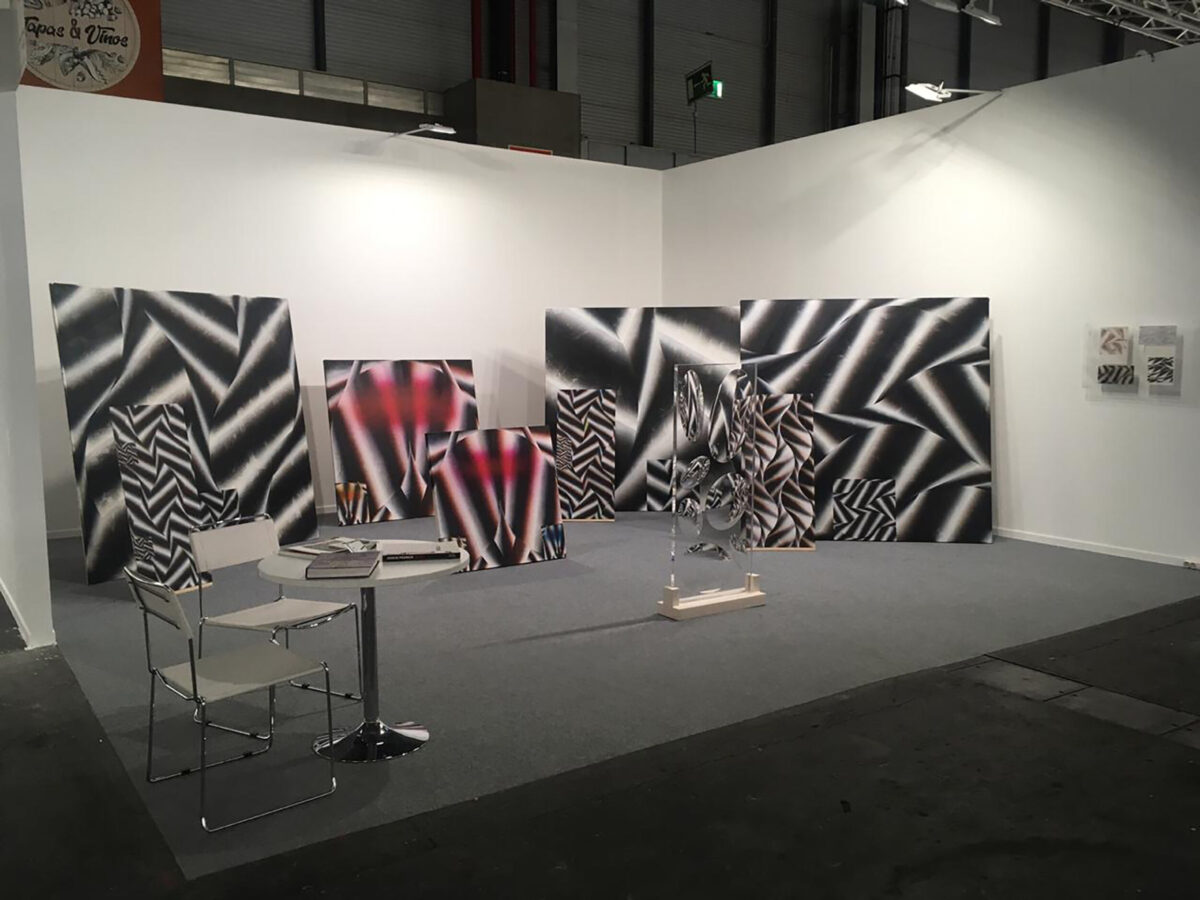 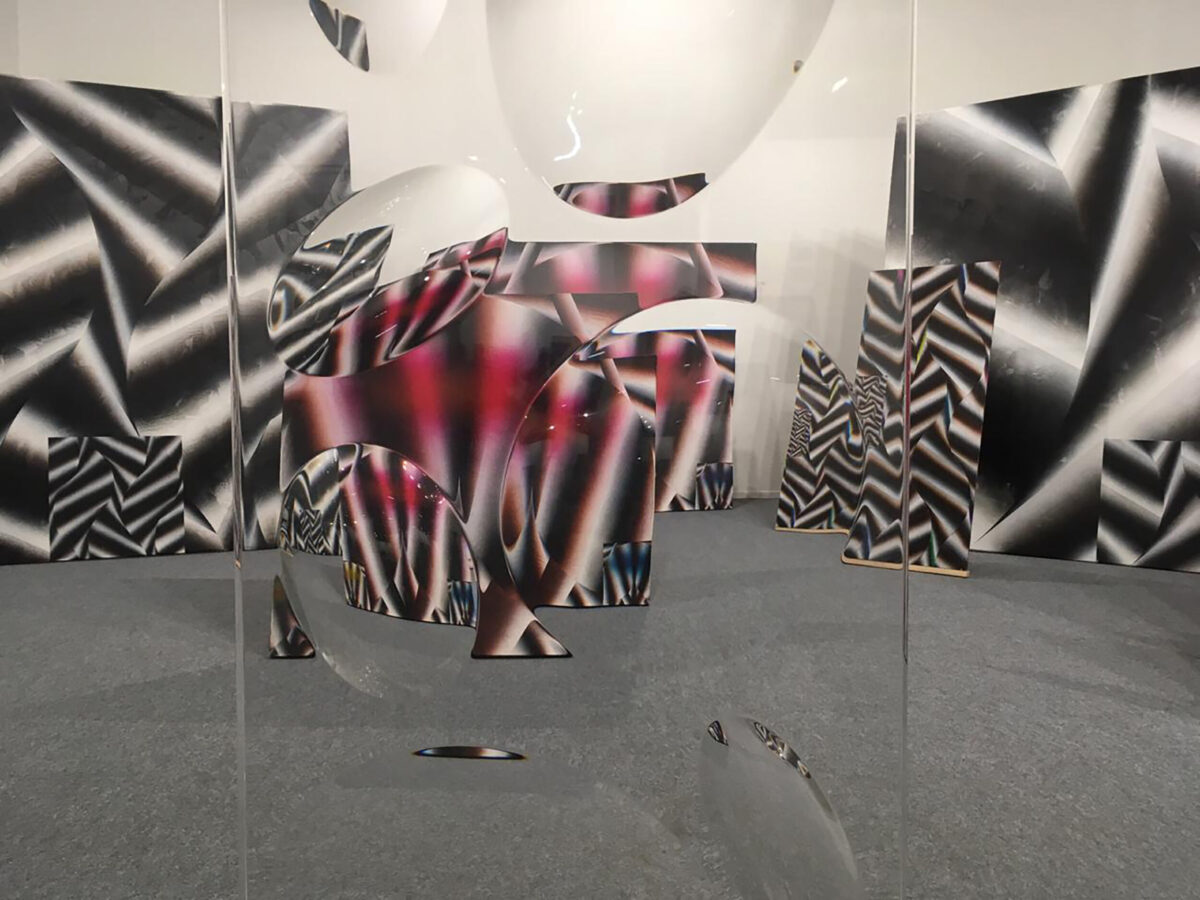 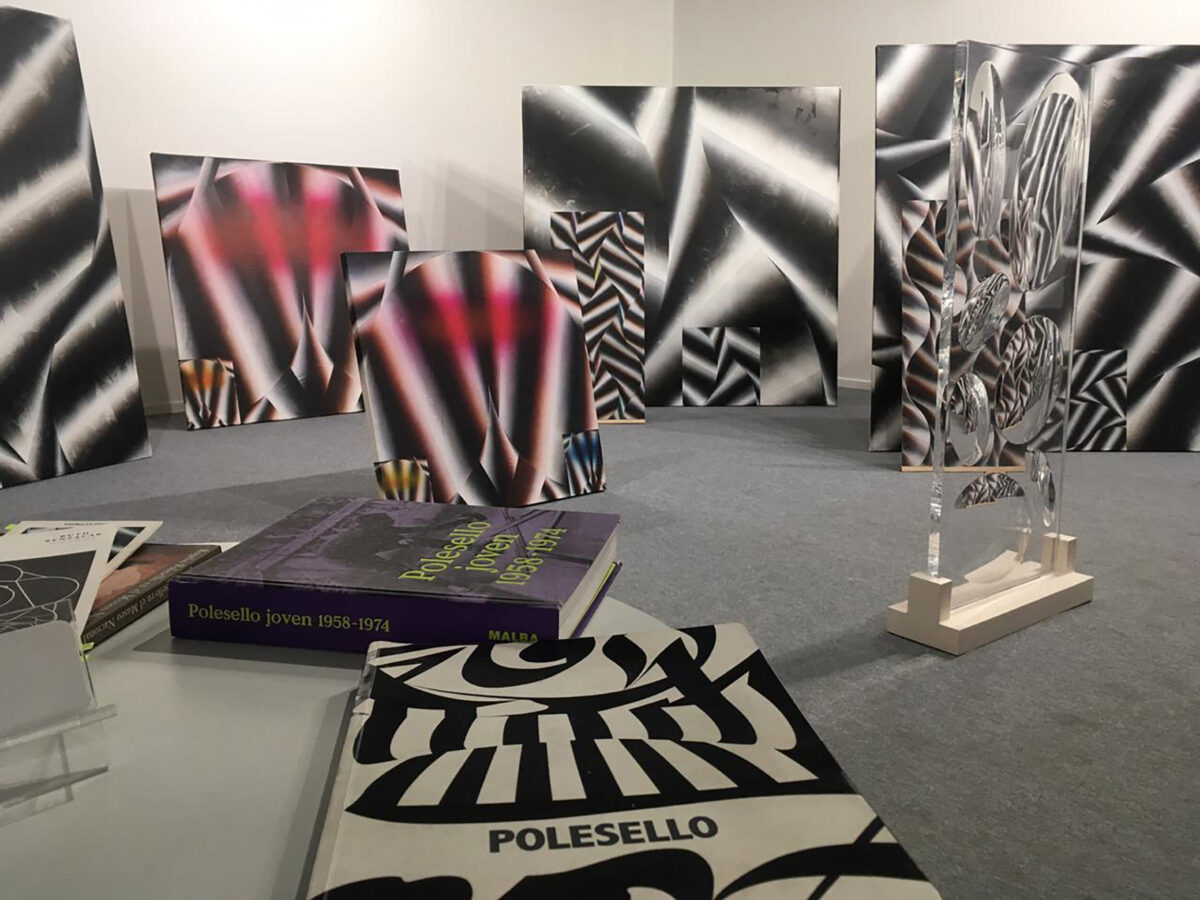 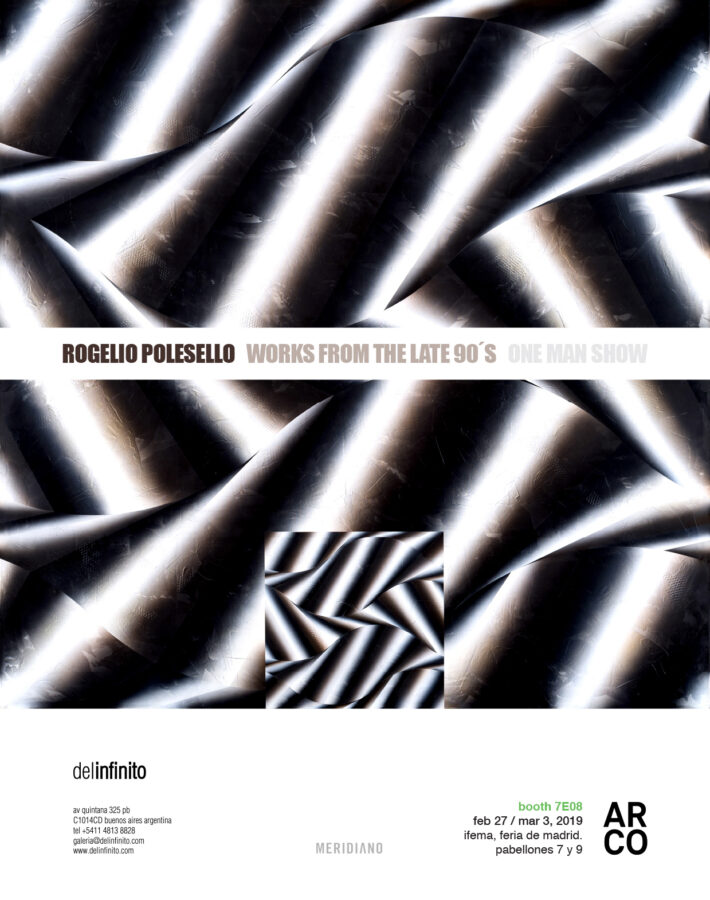